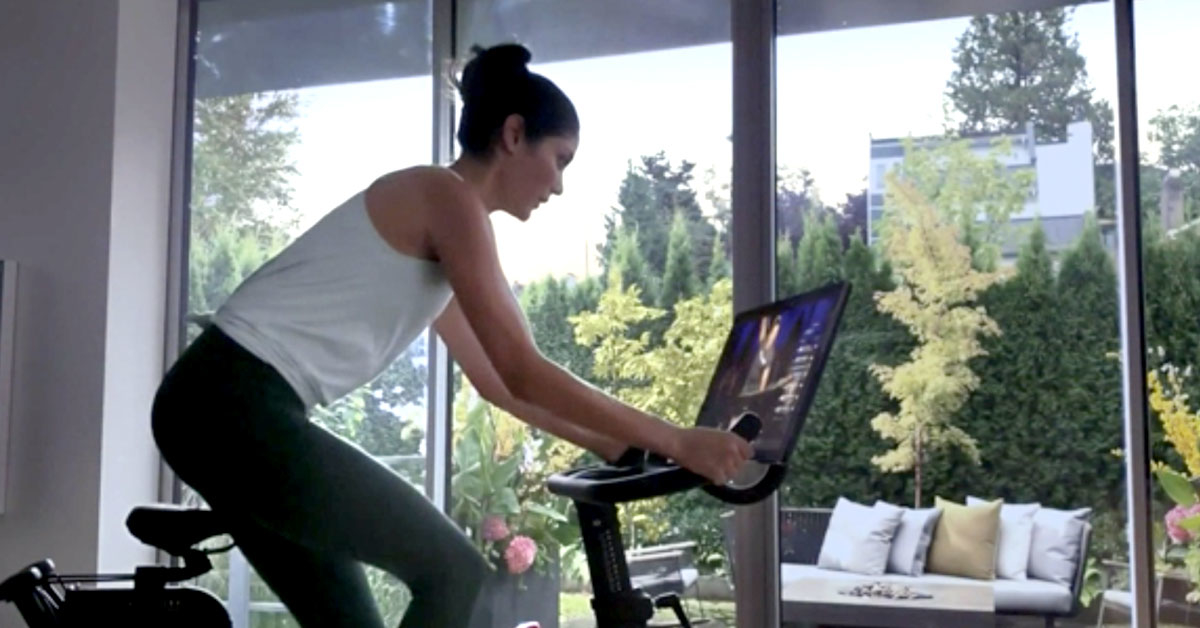 The aftershocks of Peloton’s holiday ad continued to rock the internet over the weekend.

We saw a spoof on the ad on Saturday Night Live, Aviation Gin featuring a forlorn Monica Ruiiz, the star of the ad, in its own spot promoted by celeb co-owner Ryan Reynolds, and just about everyone behind the ad speaking out to defend their part in it.

But was the TV-viewing population of the U.S. really completely up in arms over the various interpretations of the message behind the ad? Or was an overly vocal Twittersphere blowing something more harmless in its intentions well out of proportion? Spoiler: we’re not going to answer that.

But data shows that the answer is closer to the latter, and that viewers actually stuck with the ad more than your average commercial during the pre-holiday onslaught of new TV creatives.

We took a look at the creative resonance for the ad since it began airing in early November, through the first month of its campaign; up to where the fervor broke out last week. Creative resonance is a measure of engagement of the TV audience for an ad; a metric between zero and one that takes into consideration people fast-forwarding, switching, or turning off the TV during the ad, as well as completing the ad in full and rewinding it to watch it multiple times. 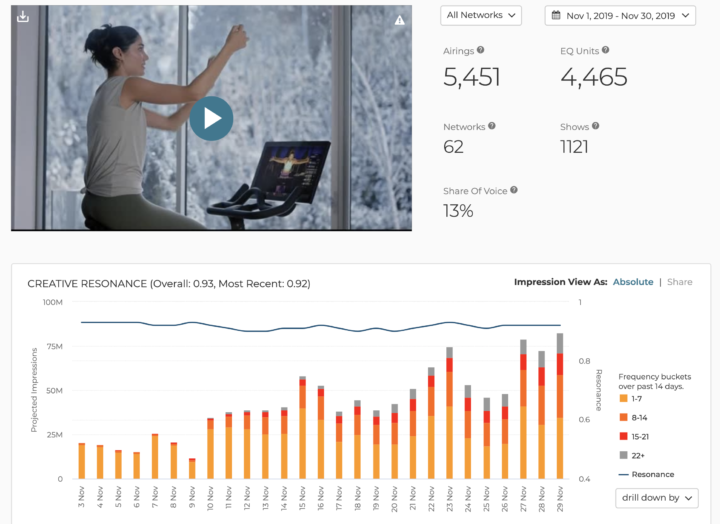 Brands use creative resonance alongside reach and frequency data to hone in on the optimal longevity of an ad, know when it’s reaching a saturation point, and understand when to swap creatives or networks throughout a campaign.

Creative resonance for the now infamous Peloton ad suggests that, with an overall creative resonance score of .93, TV viewers were more engaged Peloton’s “gift” than with typical ads in the exercise category, which scored an average of .90, for this same period. Across around 4,500 national airings in November, viewers were more happy to sit through the ad all the way to completion, compared to other product ads touting fitness and health products.

Is there no such thing as bad publicity? We’ll leave that for you to decide. But when you’re ready to understand TV ad performance in granular detail, and the impact on your TV spots in moving traffic to the web, apps, stores, and the cash register, let Alphonso help. Contact us at info@alphonso.tv.