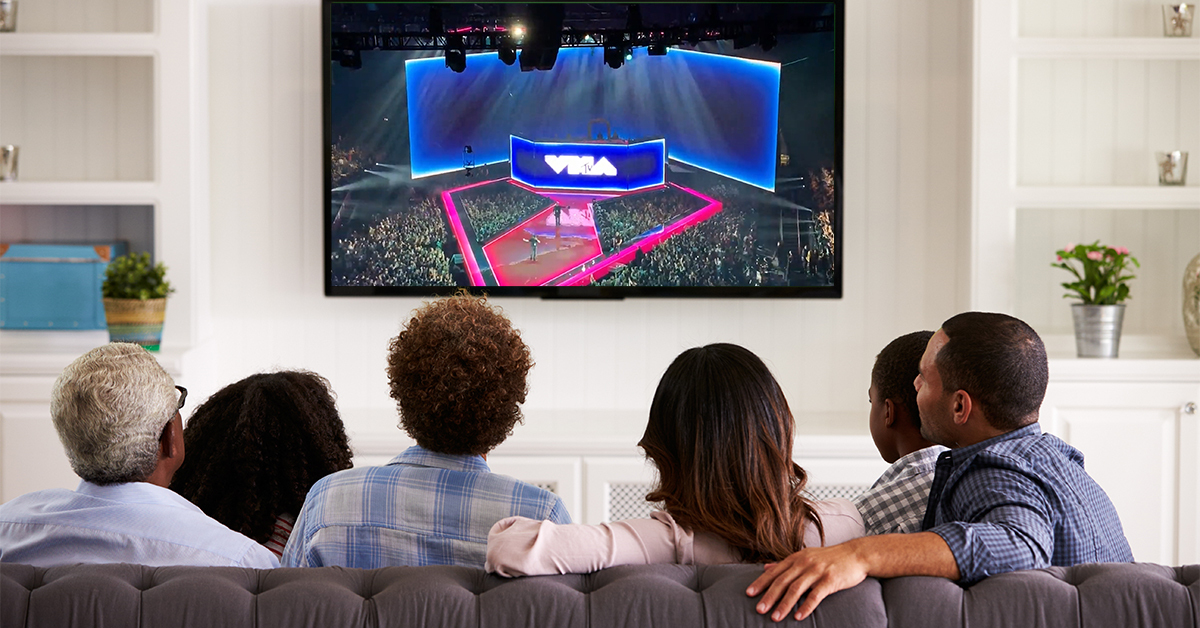 Awards shows are often thought of as ‘rental audiences’ or audiences that are unlikely to regularly tune into award show networks. However, in 2020, 86% of the MTV VMA audience had tuned into MTV or MTV2 in the previous 30 days. When broadened to include all Viacom networks, that proportion grew to 98%.

As with other event television on linear networks, the VMAs also drive future tune-in. 47% of new viewers (who had not watched MTV or MTV2 in 30 days prior to the VMAs) tuned in to one of the 2 networks in the 30 days following the awards show. The awards show also drove 13.5% new audiences to the event i.e. audiences who hadn’t watched the network on which the show aired in the previous 30 days, tuned into the network for the awards show.

Audience Insights from the 2020 VMAs:

Where else can MTV VMA audiences be found across the TV universe? We dug into the data and found that Games & Reality Shows, Movies and Comedy are the most watched TV genres by MTV VMA viewers. The graph below shows the total overlap percentage of the VMA audience with show genres. 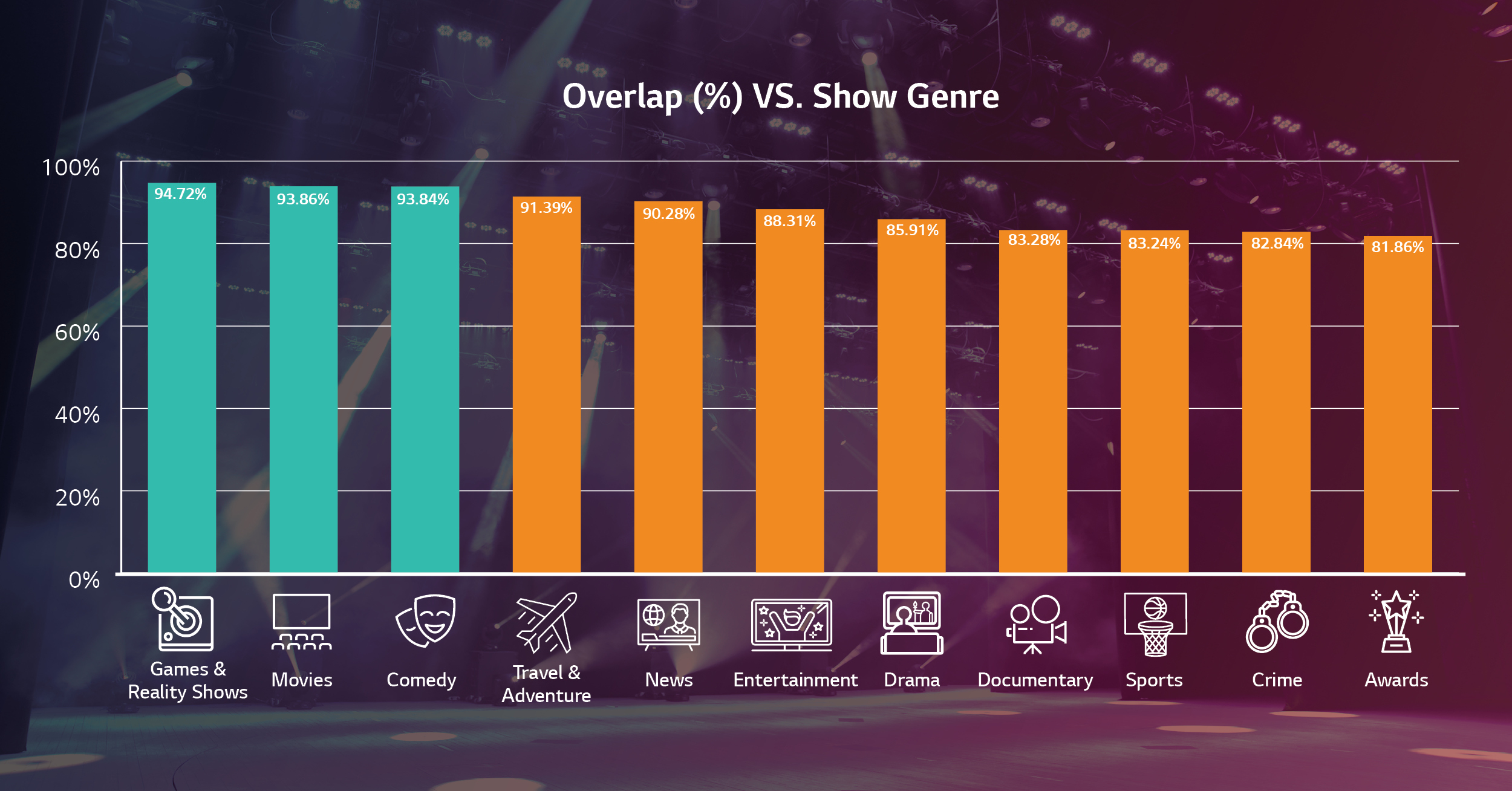 While award show audience numbers have fallen steeply, these shows add value to the networks they air on as they bring in new audiences who stay on the network much beyond the duration of the show.

Partner with us to learn more about award show audiences, where else they can be found across the TV and digital landscape, and more. To learn about viewing trends for award shows including the Academy Awards, Golden Globes and Grammys check out our report here.

—
For information on how to target audiences across linear TV, CTV & digital and optimize for reach and frequency, contact us at contact@lgads.tv.