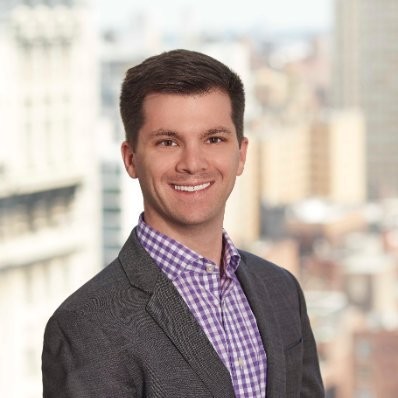 This article by our Head of Research, Justin Fromm, was originally published in the Radio + Television Business Report

“Gradually, then suddenly.” It’s how Hemingway describes bankruptcy in The Sun Also Rises, but it rings true in so much of our existence. Change very often happens slowly all around us only for us to recognize the effect all at once. Over the past decade TV has been changing gradually, but it’s truly in the past year that it has suddenly transformed. In 2021, nearly 100 years after its invention, and more than a decade after Netflix, Hulu, and Roku made it possible to stream video to our sets, TV has all at once evolved from a one-to-many, live broadcast medium into an IP-delivered, one-to-one, on-demand digital medium. To keep up with how consumers use their TVs, advertisers must shift how they think, plan, and buy TV.

The incremental change that drove today’s sudden evolution is the internet-connected TV. This happened first via connected game systems in the early 2000’s, followed by smart TVs in the 2010’s. Cut to 2021 and eMarketer forecasts that 83% of US households have a TV connected to the internet. While this means that the majority of Americans have access to endless content, on a fundamental level it means that TV is now digital; it requires a digital mindset. Just as content no longer arrives to the TV via “dumb pipes”, the TV itself has evolved from being an “idiot box” of a delivery system to now being the content hub, connecting viewers to the many new entertainment options it offers.

Entertainment options for TV viewers abound today, from many different sources. Traditional, network-programmed linear viewing continues to attract a large proportion of viewers, but that continues to decline. Viewing is shifting to streaming. The widespread adoption of internet-capable TVs has led to a huge growth in IP-delivered content across hundreds of streaming apps. As the access point to all of this content, Smart TVs are the central hub of TV entertainment; the new living room home screen. But unlike home screens on laptops and smartphones, Smart TVs offer advertisers the opportunity to communicate with viewers as they navigate to their content. Unlike linear TV, Smart TVs offer targeting, dynamic content optimization, interactivity, and outcomes measurement.

Declining linear TV ratings have traced the gradual change that we experienced over the past decade. From 2010 to 2020, TV viewership has been evaporating. During the 2010-2011 season, the top non-sports program was The Voice, which averaged a 5.4 rating among 18-49 year olds. In 2020, the top non-sports program was another singing competition, The Masked Singer. It averaged a 3.2 rating in the 18-49 demo – a decline of 41%. But the decline in linear TV viewing is not due to a lessening in importance of the TV. Per Nielsen’s Total Audience Report for the 3rd quarter of 2020, 89% of time spent with video content happened on the television.

The TV is the primary viewing screen because it is bigger and better than ever. Average screen size has increased steadily since the 1980s and the price per square inch has been declining. At the same time, TV technology has rapidly increased leading to shorter lifespans of TVs. Americans now have bigger, better TVs than they had in the past, and as noted earlier, internet-connectivity is nearly ubiquitous. All of this keeps viewers in front of those TVs and means that the TV remains the best screen in the home for brands to connect with consumers.

Nothing better demonstrates the suddenness of the TV change than the purposeful shift of traditional TV media companies into streamers. The networks didn’t change overnight, however. They’ve been making their programming available on connected devices since the launch of the first iPad in 2010. This was followed by laptop apps and MVPD-authenticated apps for connected TVs. The networks have aggregated viewing across platforms for years to make up for the loss of audience on their linear feeds. But this year, most networks opted for their own streaming services that reflect consumer preferences for watching their content on their own time via their Smart TVs.

In this moment of sudden change to the TV ecosystem, it’s time for marketers to transition their expectations of TV advertising to match how they advertise elsewhere in digital video. TV is now an addressable medium, and like any other digital opportunity, advertisers can now target consumers effectively and efficiently on the best screen in the home and connect those impressions directly to behavior. Smart TV advertising offers advertisers access to viewers’ first impression and the primacy of viewers’ engagement with their entertainment experience. TV remains the center of video entertainment and advertisers Smart TV advertising offers advertisers the opportunity to own the moment of choice in the new TV experience.