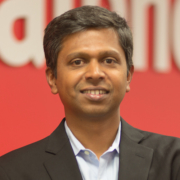 Broadcast television programming is structured, like time itself, in a linear fashion. That, of course, is by design.

Dayparts and programming were developed to mirror the patterns of daily American life.  Of course, those conceptual schedules – even before COVID-19 rampaged the world – were more of a relic of the way America used to be than a reflection of where work, culture and society is headed today, notes Raghu Kodige, co-founder and Chief Product Officer at Alphonso.

But, on the whole, “this structure still mirrored lifestyle patterns for a good portion of America and facilitated attraction of, and advertising to, audience segments desired by marketers.”

In an exclusive column, Kodige notes that the demise of this structure and linear TV in general has long been prophesied and discussed, but still commands the majority share of overall video advertising.

By Raghu Kodige
As a certainty, asking why the viewer would want watch programming chosen for them, at a time chosen for them, has been called into question. In the wake of the COVID-19 crisis, such questions are accelerating as many point to other “certainties” that have been believed to define the TV advertising ecosystem.

As lockdowns commenced, the certainty was that OTT was a tsunami that would sap what remaining life linear TV had left.

That did not turn out to be true.

As our analysis of 15 million households representing multiple Smart TV brands has shown, OTT services maintained just a modest 5% gain since March 1 (10% since February 1) after binging drove a massive increase in initial Shelter-In-Place order weeks. The trend shows viewership may come down to the level it was at pre-COVID.

There are several reasons why this might be. Certainly, in the initial days of the lockdown remote learning for school age children had not yet begun. Therefore, viewership was being driven by parents parking kids in front of screens. The other argument is that quarantined adults initially with nothing to do had plenty of time to stream but over the course of several weeks exhausted the content options they were interested in.

Meanwhile, Broadcast TV, with some peaks and valleys, largely held on and is now at approximate levels to that seen pre-COVID crisis.

Thus suggests that in an environment where there was ample viewing time available and no activities to compete with it, OTT did not come to dominate. Broadcast TV and OTT over the course of time have found their respective levels and arrived roughly at the same shares of viewing time they have recently been at. OTT was given the optimal conditions to maximize its perceived advantage over linear TV, but linear TV is still standing.

The other “certainty” to be challenged here were the preconceptions we had of what linear TV really was all along.
The concept was always based upon the notion that broadcast TV provided the content you needed, when you needed it, in keeping with the rhythm of your day. But as that rhythm changed during the crisis, linear TV programming kept to more or less to the same pattern – and it was still OK. So, it became apparent that what was most important was not necessarily the ability to properly match the content to the time of day. It was something else.

As we have now seen with “appointment programming” such ESPN’s Chicago Bulls documentary The Last Dance filling the need for live sports, perhaps the most critical benefit of linear TV all along was not its ability to reflect life, but to connect us together at one place and at one time – a shared experience.

Coming out of this crisis, most will probably eventually return to some type of office.

Some will not. A good number of companies have already announced they will allow employees to continue to work from home.

This will force a reconsideration of the way in which linear television should mirror American life. If a fair percentage of Americans are not defined by wake up, commute, work, come home and engage as a family, then should programming and the linear nature of TV adjust accordingly?

But more so, as we have seen suggested through the course of this crisis, should the defining characteristics of linear TV moving forward be based primarily on the need for a collective experience and not just on reflecting an individual’s needs during the day? Some OTT services, such as Netflix Party and Houseparty are even taking this concept further by offering co-watching or shared viewing experiences, as social reach becomes a more important priority for streaming providers.

We are learning many things about TV due to this crisis, but one thing we should realize is that perhaps it is time to consider that the power of linear TV is actually in its ability to enable a feeling of plugging into a shared experience. So, should this be weighted more into consideration of programming? If so, is this not a critical advantage and argument for linear TV in comparison to OTT?

Television will be changed for many reasons moving forward and in many ways.

But among those, we should use this experience and the realities it has made apparent to step back and take a macro, more objective look at linear TV and the role it plays. We should take this opportunity to reconceptualize it. In the process, perhaps we can learn that its appeal all along was not in the way it provided reflection of our lives, but in the way it enabled us to connect.