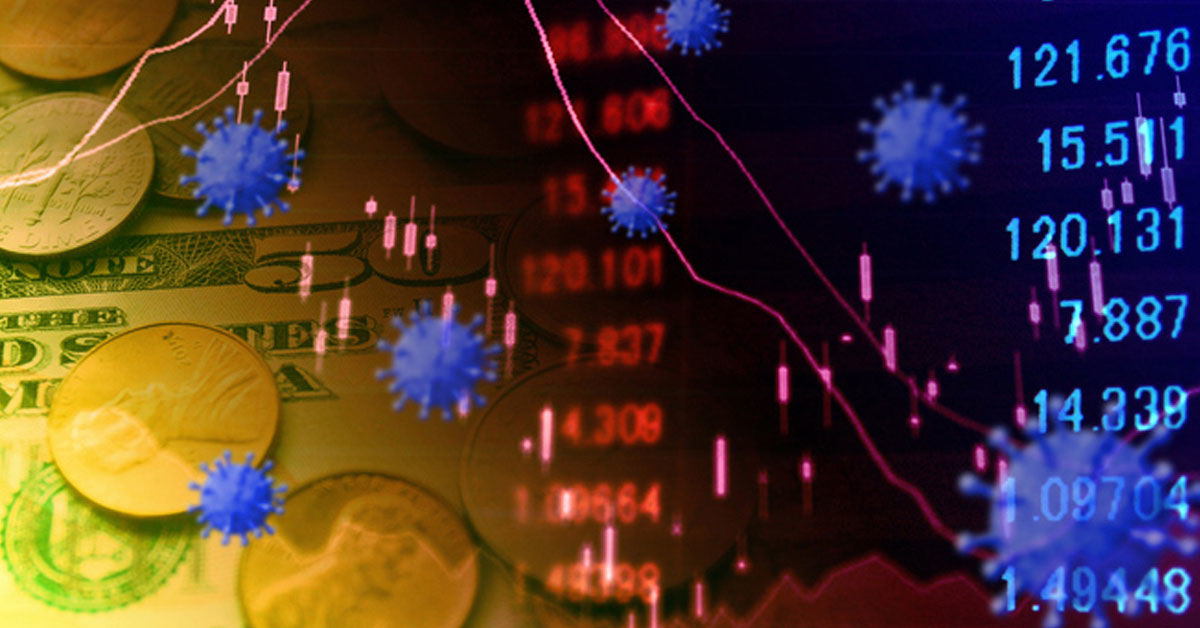 TV is in uncharted waters. With the sudden demise of sports programming, and viewers flocking to cable news as the COVID-19 saga unfolds, TV viewership data has never been more critical. Alphonso is working with brands whose plans included capturing big TV audiences for the NBA and NCAA hoops, the Masters Tournament, NASCAR, and more, to quickly react to the upended season.

Since the initial outbreak of the Coronavirus, the big broadcasters have barely fought off a decline in viewership (the Super Bowl notwithstanding), while the cable news networks, jammed with coverage of both the pandemic and a hot political primary season, have seen viewership surge more than 50%. 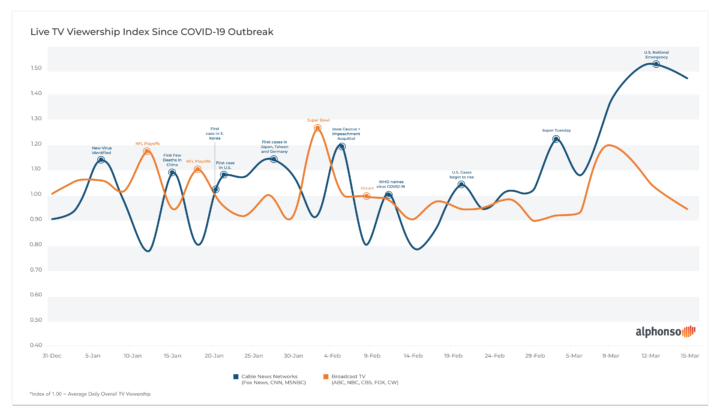 NCAA’s March Madness – which CBS and Turner sold out in record time – was set to be a major tentpole for big brands like AT&T, Buick, Capital One, Geico, Pizza Hut and many more. The same goes for April’s Master’s Tournament. It’s a rapid chain of pain: replays of the 2019 Player’s Tournament and 2019 NCAA match-ups that aired this past weekend on NBC and CBS respectively, garnered only around 40% of the size of the audience that watched the first time, according to Alphonso viewership data.

As bad as it is for the nets and brands alike, years ago this situation would have been much worse. Today, equipped with the industry’s most diverse large-scale TV viewership data from Alphonso, marketers can pinpoint those sports fans on TV during the other shows they watch, and act quickly to reallocate their budgets to maximize the investment in those creatives, while optimizing reach and frequency across TV, OTT and digital.

Smart brands use our platform to cross-reference our viewership data with their own CRM data further optimize their planning, create lucrative custom segments for cross-platform activation, and finally, close the loop using our robust attribution tools. Alphonso helps them stay ahead of  the curve when fundamental dynamics of TV continue to shift.

We have already helped customers re-allocate dollars pegged to canceled sports programming in ways that even increase their previously planned reach without increasing spend, and to amplify the reach of their TV campaigns on digital platforms during intensive news cycles.

Our tools for media planning, granular TV and OTT campaign measurement and attribution, and cross-platform activation, are becoming a de facto standard for brands who are tired of old conventions and want to spend more effectively with always on, self-serve data that keeps their marketing teams in control at all times.